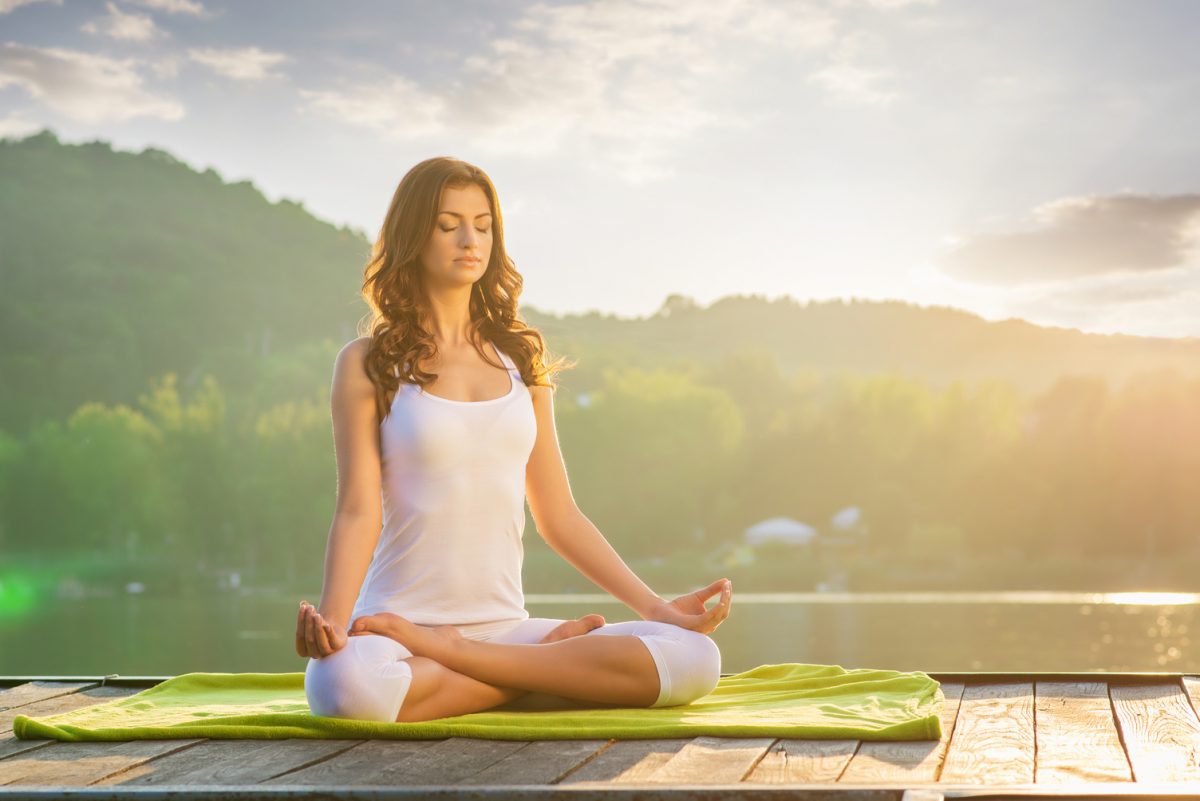 Nowadays Polycystic Ovarian Syndrome is a very common disorder among women of reproductive age. It affects over 100 million Indian women, with up to 1 in 10 women of childbearing age having PCOS. Polycystic Ovary Syndrome (PCOS) is a disorder in which a there is hormonal imbalance.

Insulin is hormone which helps in sugar metabolism. When body cells resist the action of insulin, it leads to various diseases like diabetes and PCOS.  Hormonal imbalance in PCOS also includes increased levels of male hormone testosterone in female body. Symptoms like excessive body and facial hair or irregular periods are caused by increased levels of these male hormone.

In modern medicine hormonal therapies, anti-diabetic drugs, insulin are used to treat PCOS. But all these drugs have limitations and side effects. Hence natural solutions like diet and lifestyle modifications are better and safe to manage PCOS. Exercises and breathing techniques in Yoga also plays important role for hormonal imbalance in PCOS.

Yoga is India’s ancient science of body and mind control.  It includes breathing techniques, postures, strengthening exercises and meditation. Yoga brings equilibrium between the body and mind, providing all round benefits to human being. Scientific studies also proved that yoga improves concentration, respiration, blood circulation and all the other bodily systems and metabolic processes.

Some of these Yoga poses are mentioned below which are simple to perform and effective in PCOS.

Bhujangasana is done by lying on the abdomen with face to the floor. Then hands are aligned with ribs and placed under shoulders. Then feet are placed together and pointed outwards. Now chest is slowly lifted by looking upwards. This position is maintained for a few seconds with normal breathing. While coming back down slowly, legs and arms are relaxed.

Setubandhasanais done by lying down on back. Then knees are bended and feet are placed apart. Then hands are placed on the floor pointing toward feet. Then hip is raised above the ground to make an arch while inhaling deeply. Then muscles are relaxed to stay in position for a few seconds. While coming back knees are brought down and feet are relaxed.

Sarvangasana is done by lying on back. Then slowly both legs, knees, thighs are lifted together by keeping hand on ground. Then abdomen and chest is lifted by giving support of the hands. Then body is made as vertical as possible with hands folded in elbow and supporting the hip. This position is maintained and slowly released with support of the hands.

Dhanurasanais done by lying on abdomen. Then arms are extended backward with palms facing the floor while toes pointed outwards and stretched. Now head is raised and chest along with thighs and legs. Then hands are lifted from the floor to catch the toes of feet. This pose in maintained for few breaths and slowly return to original position.